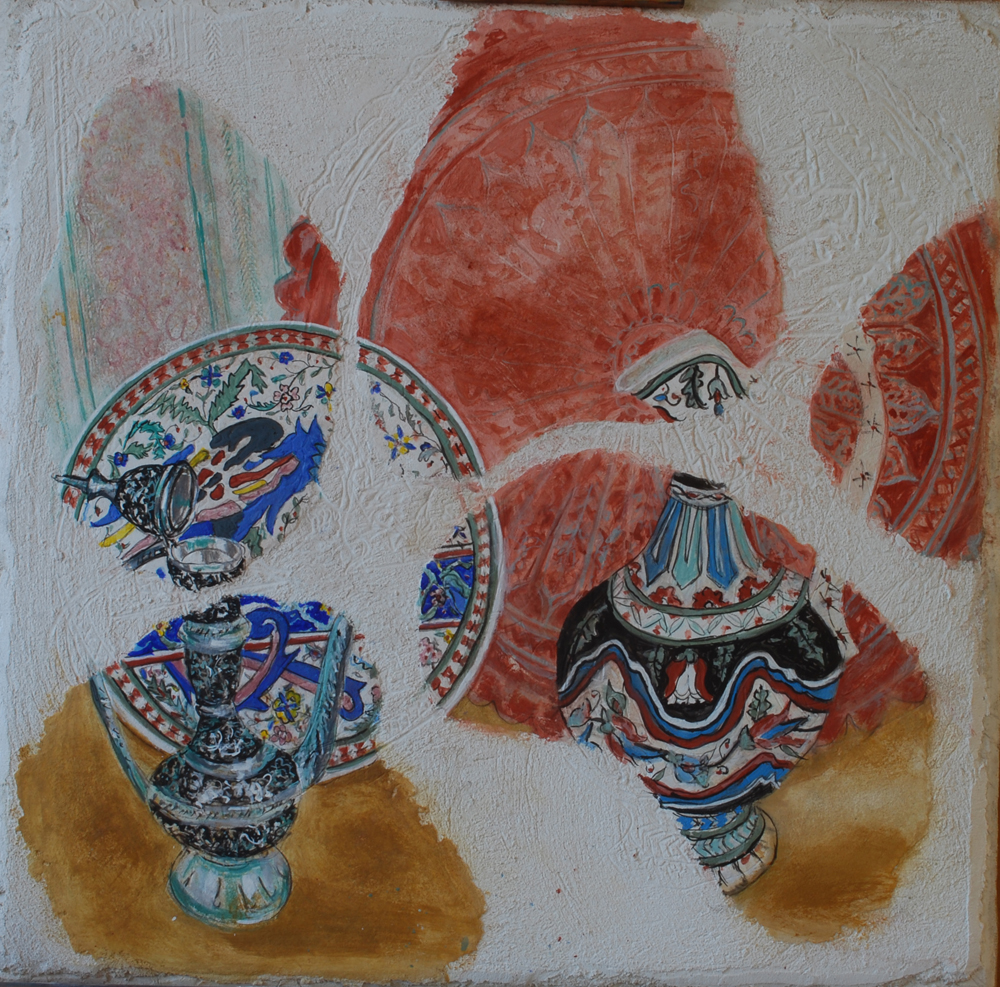 ‘Life Under Lockdown’ was the theme of a micro-residency I was chosen for in 2020, through NHS Tonic Arts. Seven artists, all born in different decades, were asked to respond to the theme by producing new work which would be exhibited at the Western General Hospital in Edinburgh and other venues. The film of the exhibition can be watched here.
For ‘Life Under Lockdown’ I decided to make my work using the technique of buon fresco (pigment and water on lime plaster) and sgraffito (scratching through a layer of white lime to reveal the black plaster below). My chosen subject matter was some of the objects my parents bought or were gifted when they lived in Ankara in Turkey, the decade before I was born. These jugs, coffee pots, plates and trays are decorative, made from pottery or metal and I remember one of my jobs as a young child was to polish and dust them.

When my father died in 2020, at the beginning of lockdown, I thought it would be a good idea to make work about these objects as a way of dealing with grief and memories. Fresco seemed like the ideal medium because it, too, has an object quality; many of the pigments I used were similar to the ones used in the pottery glazes and the stone-like surface felt apt.

I experimented with degrading the image through scratching, blotting, washing out and removal of part of the image with the technique of strappo. This involved gluing layers of muslin to the fresco and ripping it off, resulting in an unpredictable outcome which spoke to me of the fragility and fragmentation of memory.

I made several sgraffiti as well, also using strappo on some of them and adding gold and silver leaf. Some of the frescoes and sgraffiti were added to after they were dry using egg tempera.

I gave the works titles that reflected my parents’ life, such as ‘Marriage in Ankara’, ‘To Have and to Hold’ and ‘Till Death do us Part’.

The other artists involved in the ‘Life Under Lockdown’ micro residency were Jodie Campbell, Emelia Beale, Daniele Sambo and Hannah Brackston, Virginia Hutchison, David McCulloch and Dave Rushton. After some necessary delay, the work is finally up at the Western General Hospital and will be there until the end of July. 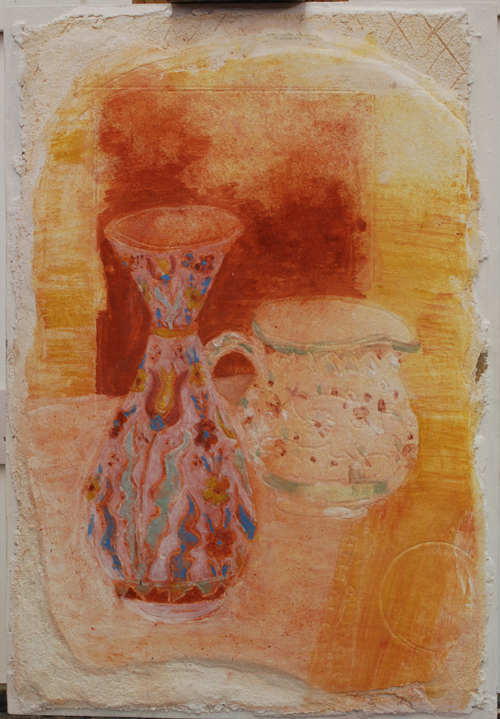 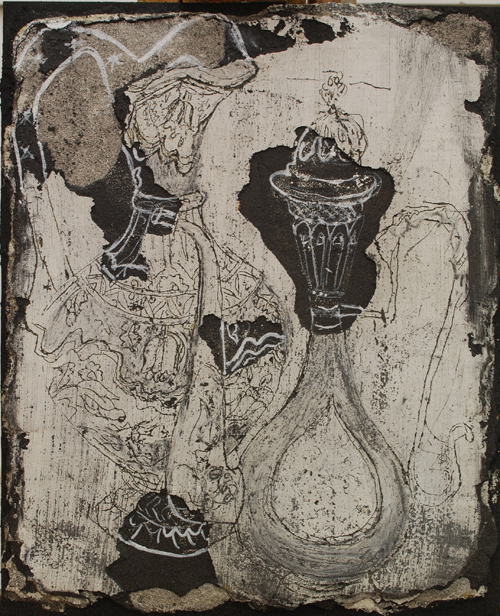 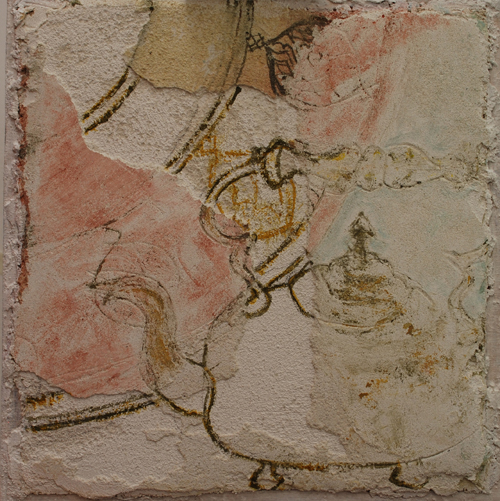