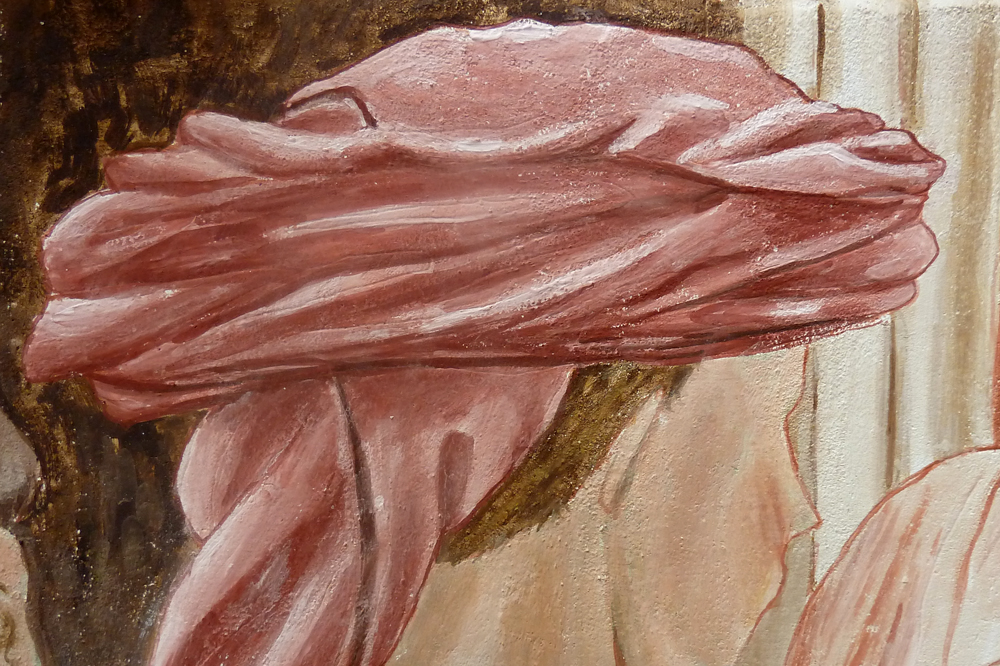 For my latest test fresco, I am doing a figure from Piero della Francesca’s Legend of the True Cross. I chose it because I had a good sized copy of it in a library book. I love his pink outfit and how the folds look so complex.

Julia talked me through how to build up the folds of drapery using three tones. She claims it is quicker to do than it looks. After much trial and error on spare tiles I decided to use Pompeii red and Bianco de San Giovanni (lime white) for my man in pink. I was fairly systematic with how I laid in the tones, going from dark to light. Again I did two giornate. I am pleased enough with the look of the drapery, but again I had to rush. What is it about this lime that it dries so quickly? It could be because I am coming to the end of my tub and it is stiffer. Lesson to self: dampen the under surface more. I am going to source other lime as I have found out that the stuff I am using is not mature. The place I buy it from doesn’t actually have a license to do the full slaking process any more- i wish they had told me that before I bought the stuff.

I am pleased with the join: you can hardly notice it, although I think the bottom half looks darker than the top- probably to do with how receptive the plaster was when I painted. I also noticed that after a few days some pigment dusted off the top half, but not the bottom. I did wet the under-surface more in the lower giornata and that must have made the difference.

The drapery was actually quite easy to do on my man in pink, which makes me want to tackle something more complex next time- perhaps with a patterned cloth. 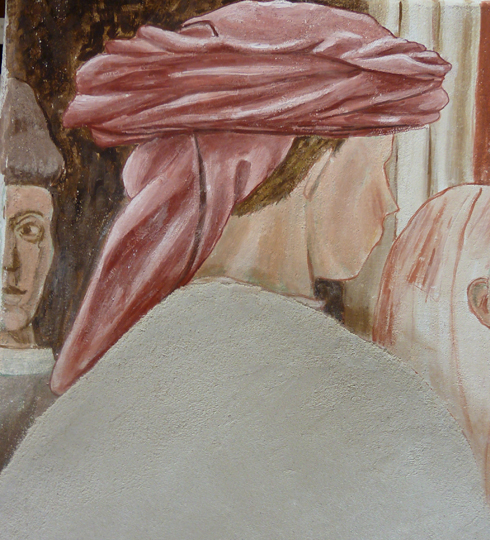 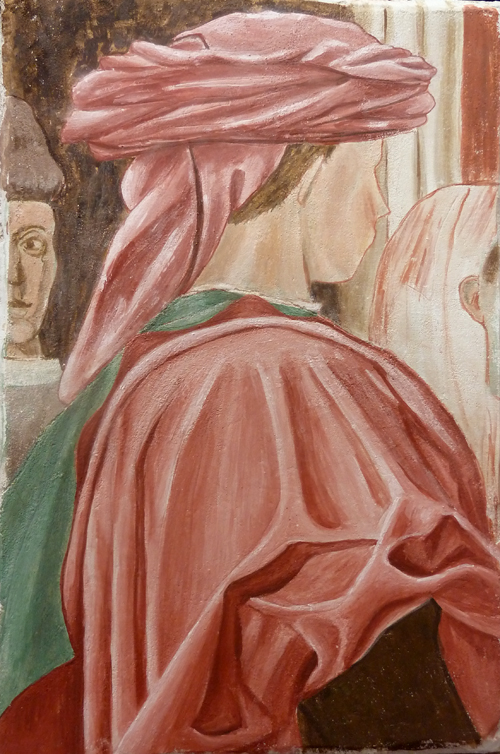