Fresco is Italian for fresh. It refers to painting on damp plaster with pigments and water. It is the only painting technique that does not have a binder added to the pigment. The plaster acts as both the surface and the binder. When the damp lime plaster (calcium hydroxide) reacts with carbon dioxide in the air as it dries it becomes calcium carbonate- a hard surface that locks the pigments into its crystalline structure.

Fresco was used in  Antiquity to decorate walls, the best known being in Pompeii and Herculaneum. It was also used in rock temples in India. In the Middle Ages, monasteries throughout Europe were decorated in fresco. The Italian artists of the Renaissance brought the classical ideals of Greek and Roman art back into fashion, resulting in many churches having their walls and ceilings painted with elaborate fresco cycles depicting religious themes.Two of the best known are the Arena Chapel fresco cycle by Giotto and the Sistine Chapel by Michelangelo.

Although less popular in modern times, the Mexican Muralists revived the tradition in the 1920s. There are several contemporary artists working in fresco. Its appeal lies in the beauty of its colours, the directness of its approach and the natural quality of its materials.

As well as frescoes I have made sgraffito (plaster scratched into to reveal the lower layer), used wax emulsion with fresco, and applied egg tempera on top of dried fresco (secco). Although I have painted on two walls, most of my frescoes are on portable panels of various sizes or on tiles and bricks. In 2019 I experimented with the techniques of strappo and auto-staccante which are both methods for removing frescoes and attaching them to lighter weight surfaces. In 2020 I received a micro-residency from Tonic Arts to create frescoes on the theme of Life Under Lockdown. 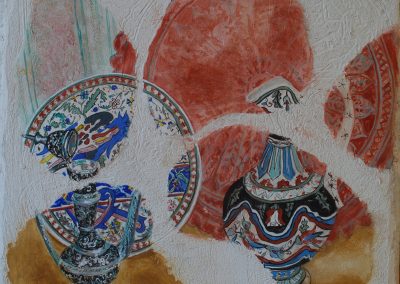 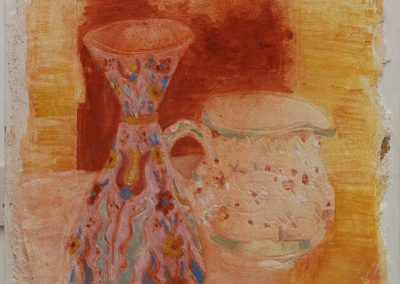 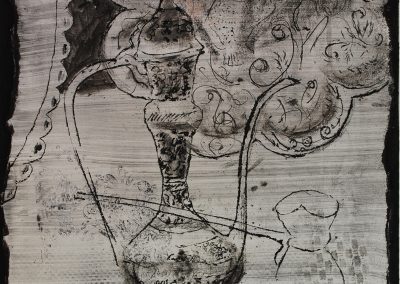 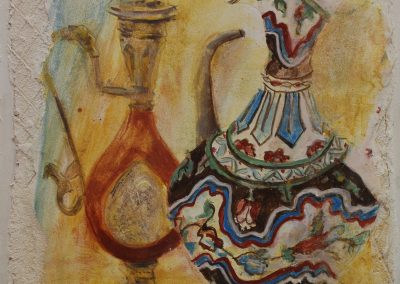 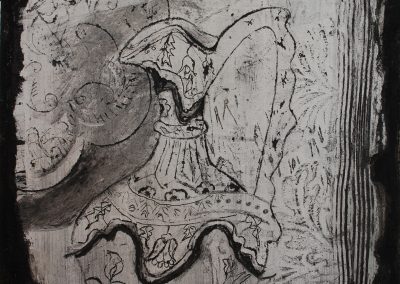 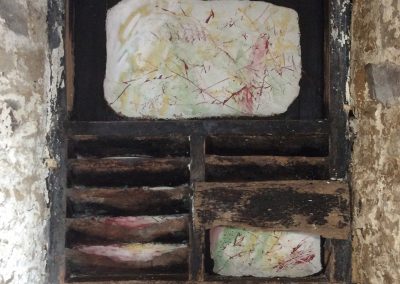 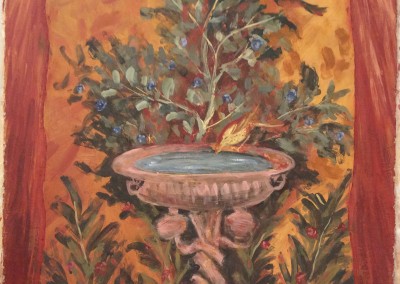 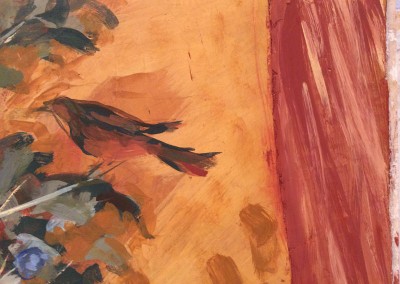 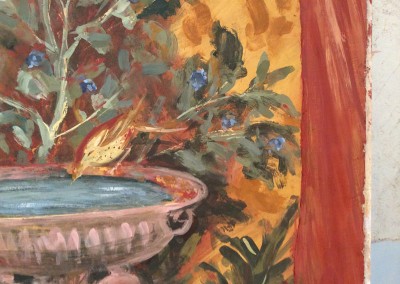 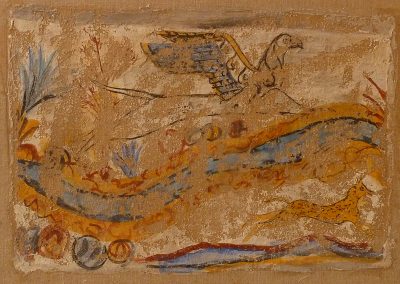 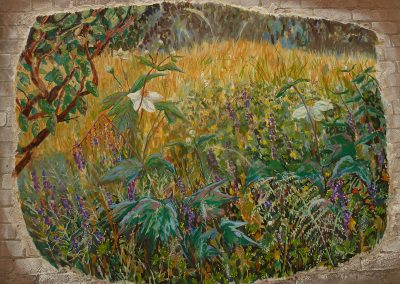 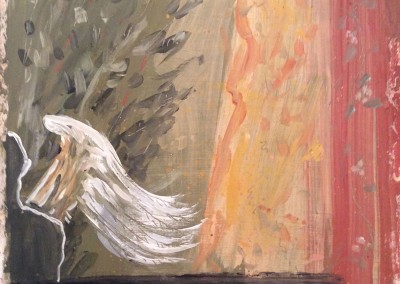 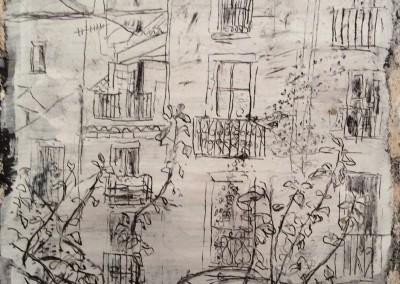 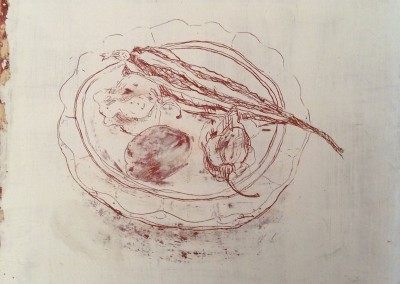 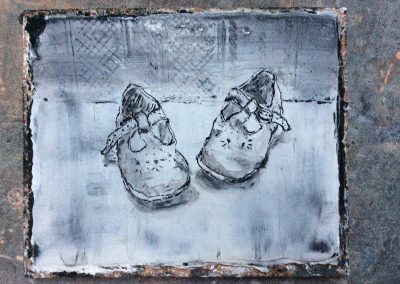 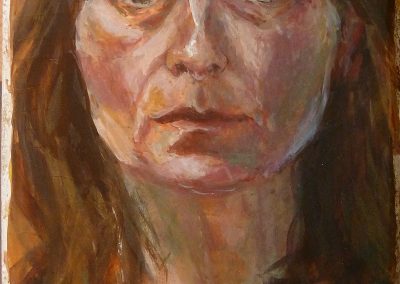 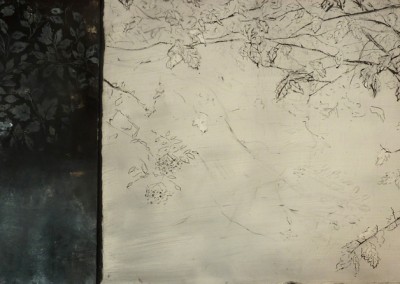 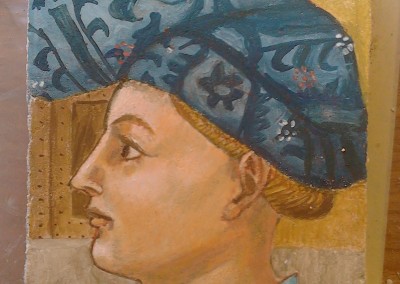 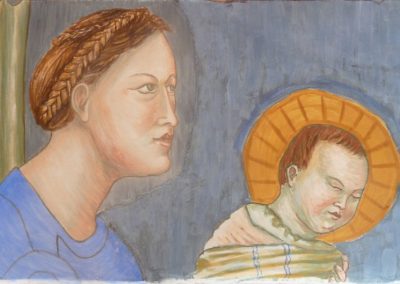 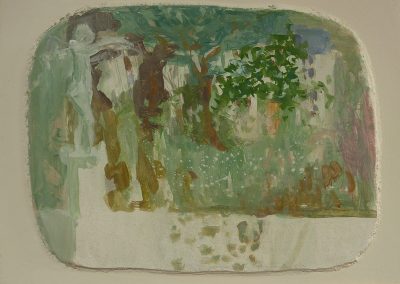 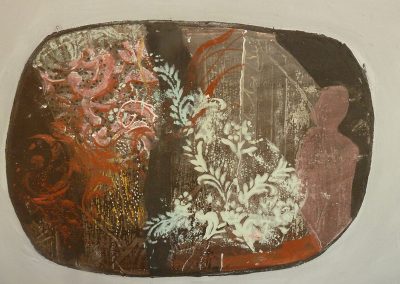 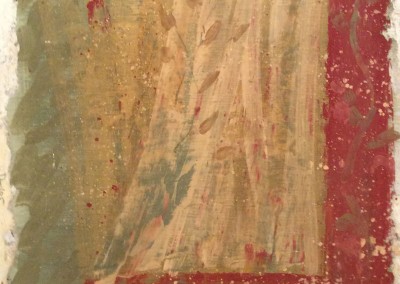 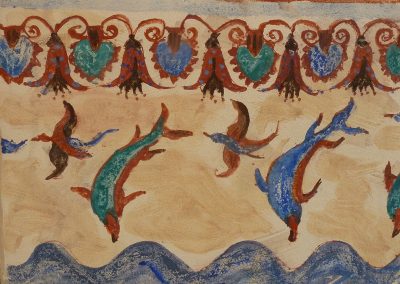 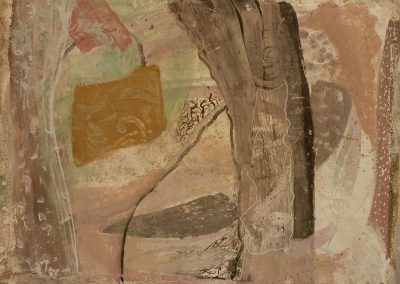 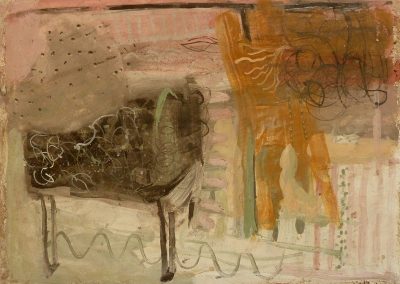 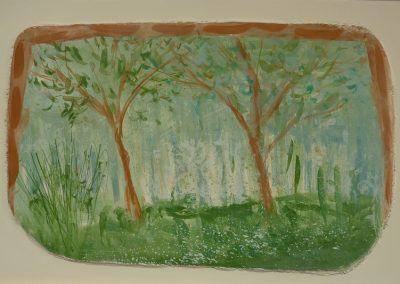 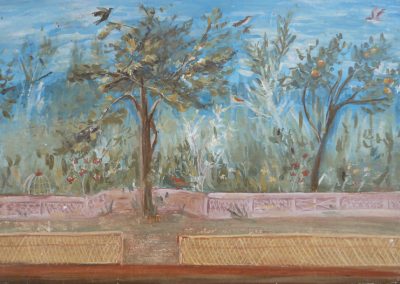 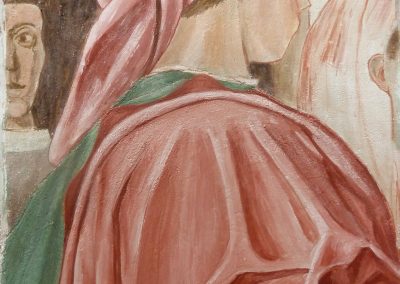 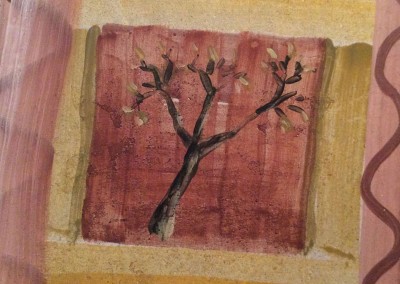 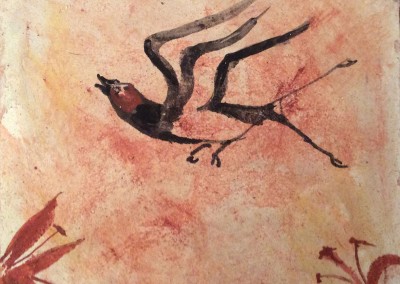