Byre – an exhibition in a barn 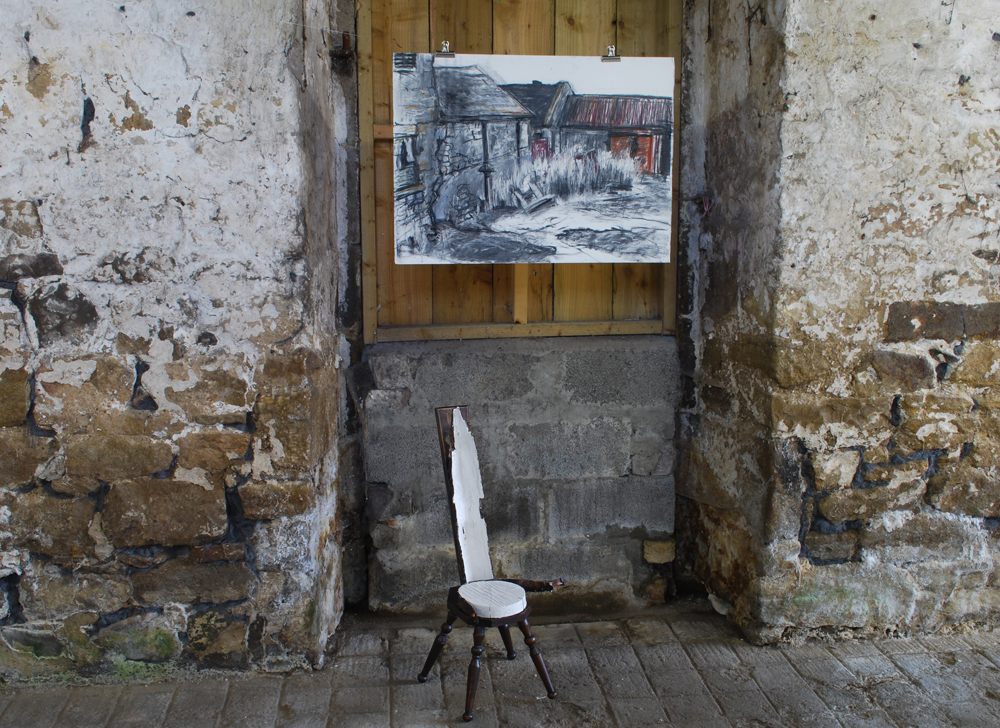 I took part in Byre, a site-specific exhibition in a barn in Northumberland for one weekend in September. I showed charcoal drawings which I had made two years ago whilst on a mini residency here; they were of trees, lanes and farm buildings. Alongside, I installed sculptures which related to the former use of the barn as a place to keep cows.

I collected bark on a previous visit, the insides of which I coated with home made gesso and drew on with silverpoint. I am interested in the contemporary use of old techniques such as this. Silverpoint is usually done with a piece of silver wire in a propelling pencil, but I discovered that rubbing a silver spoon up and down the gessoed surface picked up the rough surface of the inside of the bark and created abstract marks that worked well with the more observed ones. Through the process, I realised this referenced milk and hay, the gesso being made of calcium carbonate and milky white in colour. I exhibited them on various milking stools which I had acquired.  More detailed images of the sculptures can be seen on my website under Mixed Media. currently accessible from the Works on Paper button.  Also on view was a fresco I had made in situ about four years ago which was inspired by grasses and was painted with natural pigments and a pheasant’s feather.

There were four of us in ‘Byre’. Melinda McGarry made oil paintings based on detritus found in and around her home next to the barn which she uses as a studio. Helen Shaddock wrote a piece about a rat infestation in her home in Newcastle, treating it like a horror story. The accompanying steel wool installation, where she pushed the material into crevices in the barn wall, spoke of invasion and protection. Ally Wallace showed a video and drawings made from a day trip by train and bicycle from his home in Glasgow to the farm and back again.

The exhibition was a great success with many visitors coming, mainly from Northumberland, to see what art looks like in a barn. The atmosphere was convivial with many interesting discussions. I particularly enjoyed collaborating with Melinda, Helen and Ally on this exhibition which encouraged me to work in ways that were new for me.

The exhibition, ‘Byre’ was at East Elrington Farm, Northumberland on the 4th and 5th of September, 2021. 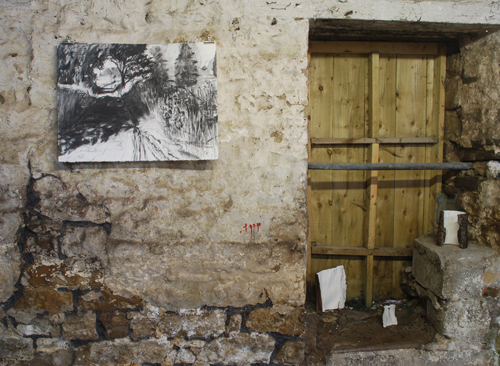 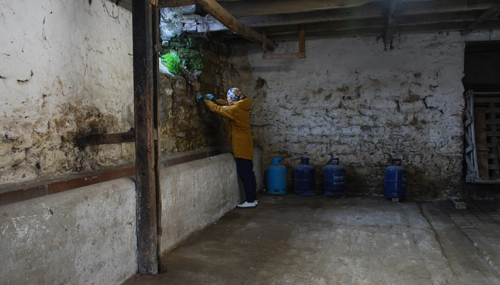 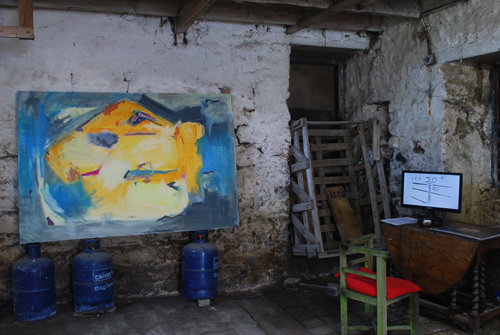