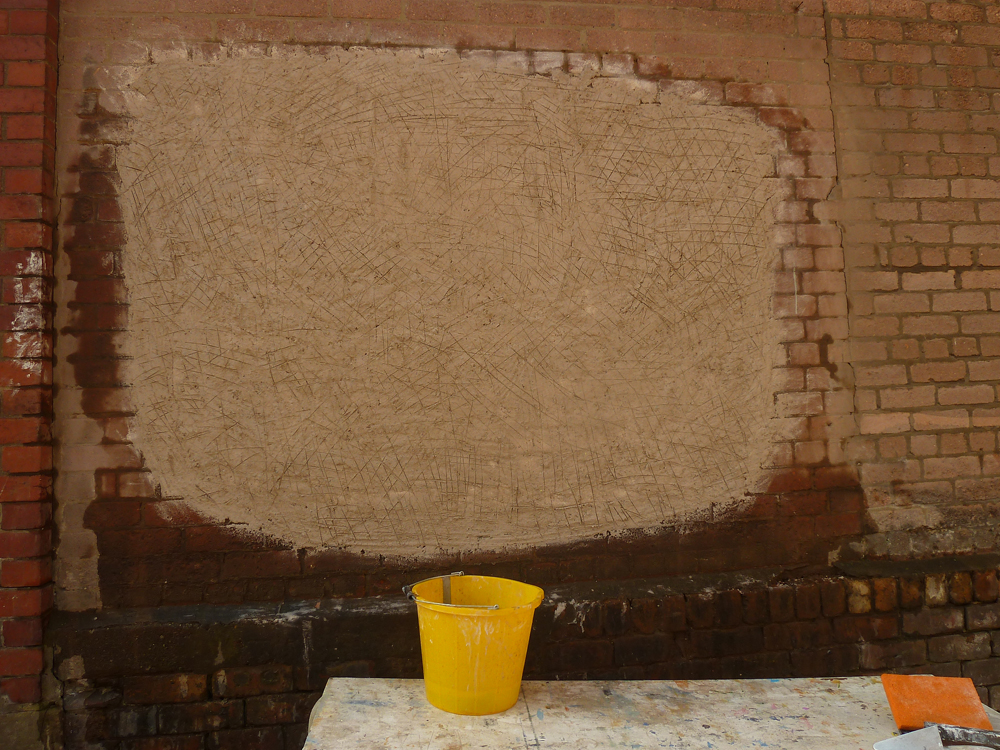 Having made dozens of portable frescoes on panels, I thought it was high time I tackled an actual wall. Fresco is, after all, a mural technique. Brick is the best and my studio building is made of brick. Unfortunately, it means working outside, which is not the best thing for an Edinburgh summer and certainly not the best practice for the preservation of frescoes . To do it properly, the pointing would have to be replaced with lime, but I decided to forego this step.

I started off by chipping at the wall to create a key. This took quite a while, given the proposed fresco was to be about four or five square metres. After that, I had to water down the wall thoroughly. This took two or three hours of sloshing water on- next time I will wear wellies. When the wall could absorb no more water, I started to lay on the first coat of plaster. I had read how to do this and was looking forward to making grand sweeps with my float. It didn’t quite work out that way- the plaster kept falling off. In the end, I developed an unconventional technique which involved smearing the plaster on with the heel of my hand, wearing gloves, of course. It was then that I regretted making the fresco so large. I went home feeling that I had been in a fight and was still aching the next morning.
A few weeks later, I put aside a week or so to get on with the fresco. I made up a batch of plaster for the second coat. Not having done it on this scale before, I underestimated the amount of plaster I would need. I did what I could, but had to go off and buy more sand and lime. This was not the first time I thought I could do with an assistant. This time, I made up far too much plaster. Combining large quantities of sand and lime in a small trough is physical work- a lot harder than rubbing flour and butter together. I felt, though, that I could daydream to my heart’s content during the process. My mind wandered, but mostly I was imagining the finished fresco. 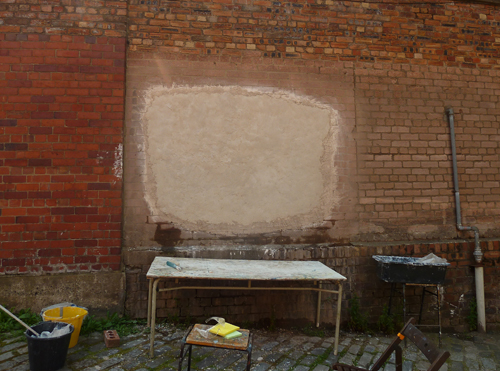 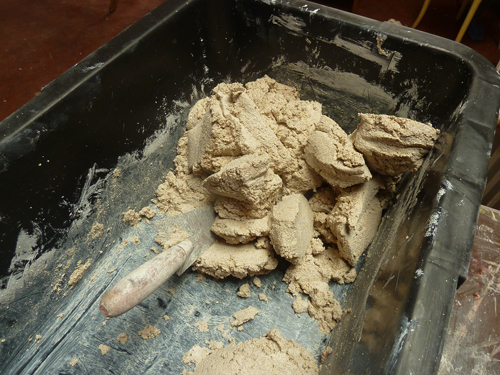