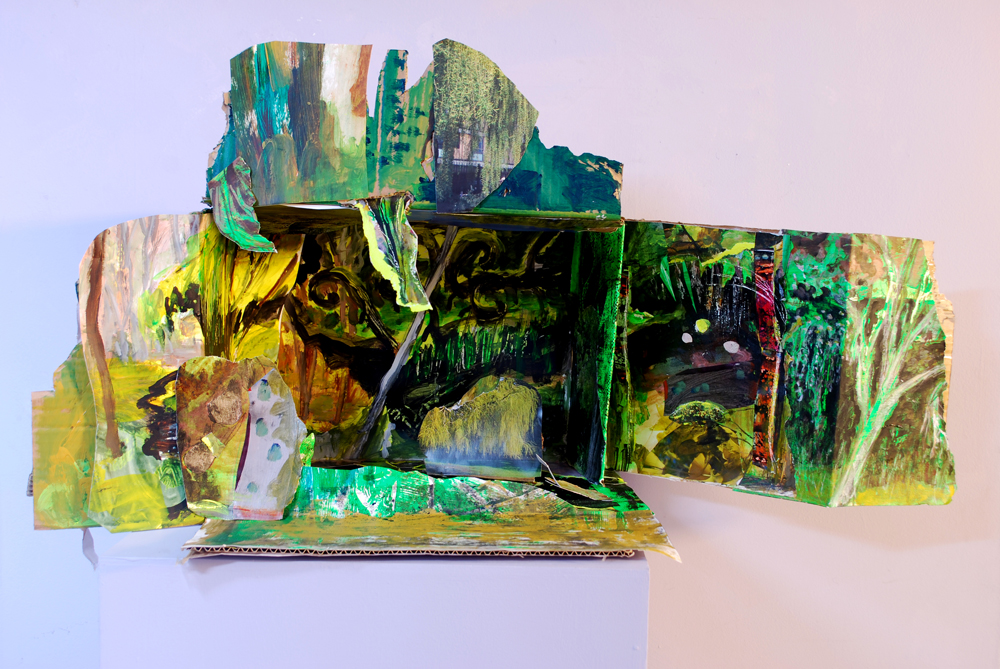 I spent the month of March 2021 on a residency at Merz in Sanquhar, Scotland.  This was partly funded by a Vacma Bursary from Creative Scotland. I decided to spend the month making collages, which led to making dioramas of Pamphy Linns, a location which captured my imagination.

Pamphy Linns is a confluence of two burns hidden in a plantation about two miles from Sanquhar. Through the erosion of many years, overhangs have been created looking a bit like open caves. These offered shelter to the Covenanters who carved their initials in the rocks. Very little sunlight filters down to the Linns so everything is covered with a lurid green moss and hanging fronds of transparent green. The whole place looks like a fairyland, but a spooky one. I never saw a soul there, but tried to imagine those that had been in the past.

At first, I found Pamphy Linns confusing: I would stumble across a little waterfall but not be able to find it again; I would wonder why I had reached a certain cave only to realise it was a different one; I would worry I would not find my way out so would make a mental note of my movements. Eventually I drew a crude map, having several attempts to get it right. The more I got to know my way around the more magical the place was, as I felt it was letting me into its secrets slowly. It was as if, when I crossed the stile, the place was created just for intrepid intruders, then vanished when I left.

I made several paintings on the spot which didn’t work out. On subsequent visits I made observational charcoal drawings. Later, in the studio, I decided to make some  collages in two and three dimensions, which turned into dioramas. I had hardly ever done this before, but have thought about it for a long time. There is something that intrigues me about making models – it appeals to the child within me, as I used to make houses out of cardboard boxes. Pamphy Linns is a theatrical place, almost having backdrops, sound effects and dry ice, so making a diorama was a good, and challenging, prospect. I ended up making five! My failed paintings were cut up and collaged. I worked intuitively, not trying to illustrate Pamphy Linns but to get the feel of it. It was liberating working in a different medium and feeling that I could do anything I wanted.

I plan to paint from these dioramas of Pamphy Linns, further transposing my feelings about the place. One day soon I will go back and see if I can do some paintings there that I don’t have to tear up. 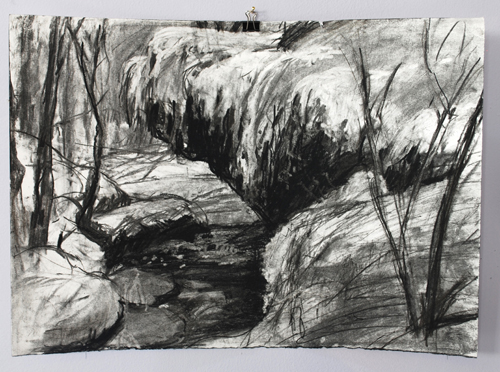 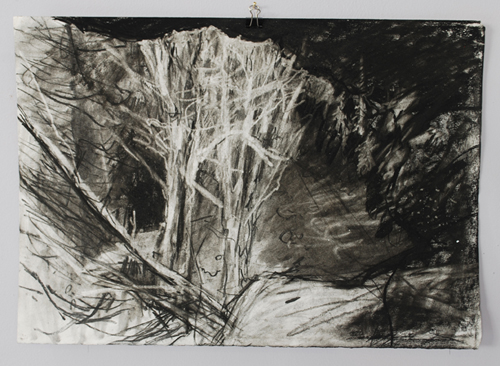 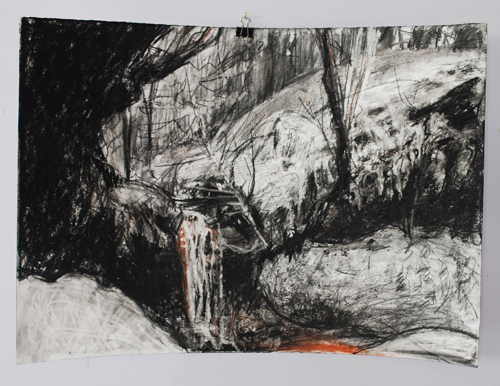 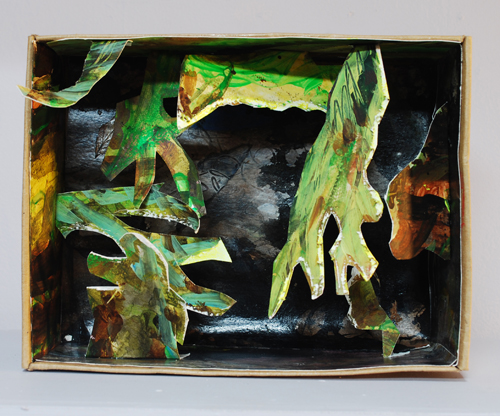 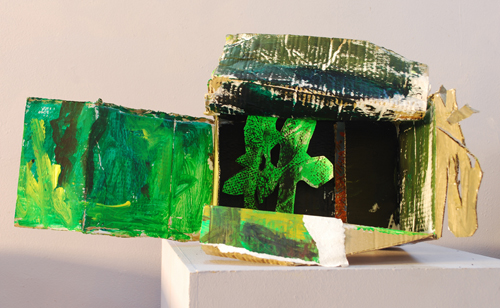 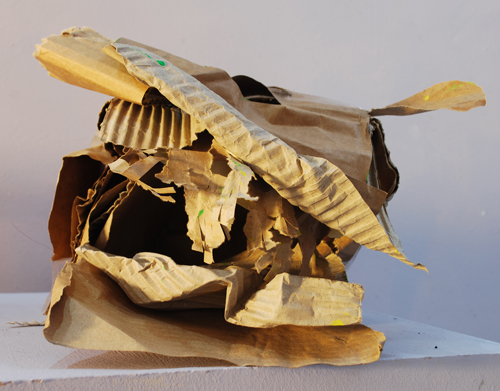