I have dozens of sketchbooks. The sketches are done for pleasure and because it helps me to be in a place and time. I don’t sketch specifically to get ideas for paintings. Instead, I flick through my books later on and, as they are organised haphazardly, I am inspired by forgotten images. I mix many images from my sketchbooks in my paintings. I also sketch my paintings in progress as a way of sorting out ideas.

In 2012 I made a film about my sketchbooks which was shown at The Dock, Carrick-on-Shannon, Eire as part of their exhibition Working Drawing. It was also shown at the Edinburgh Short Film Festival in 2013.

In 2022, I spent eleven days on a residency in Cill Rialaig, County Kerry, Ireland. I worked with ink, charcoal and watercolour in a concertina sketchbook. 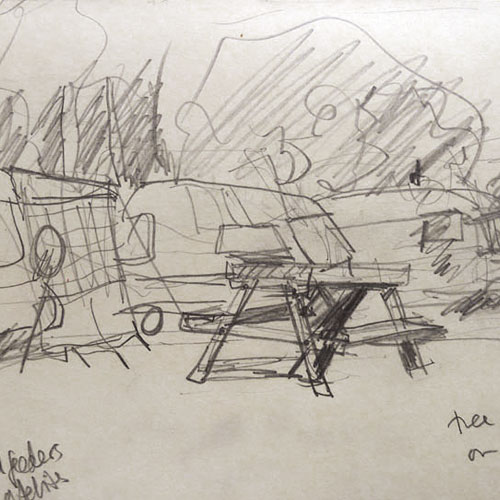 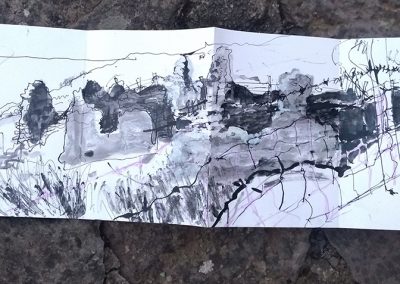 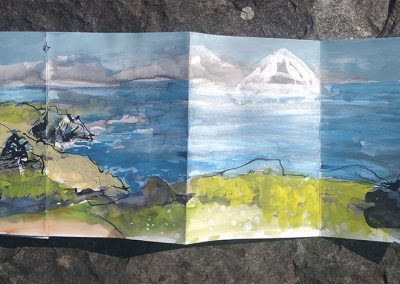 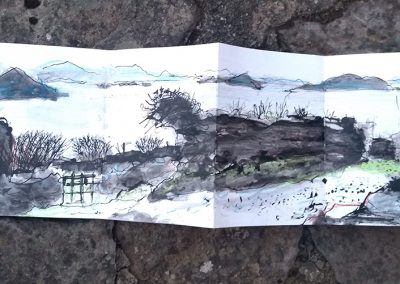 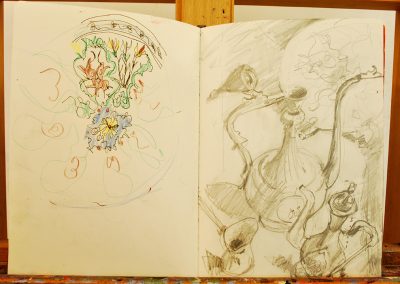 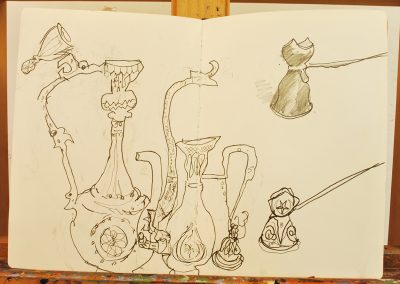 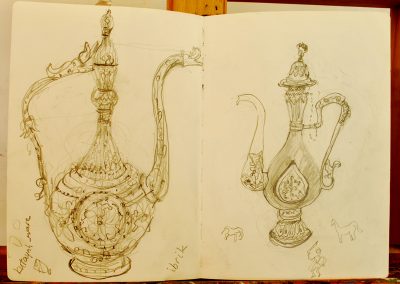 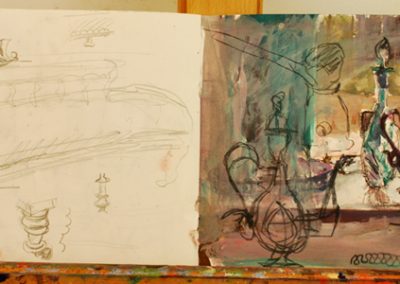 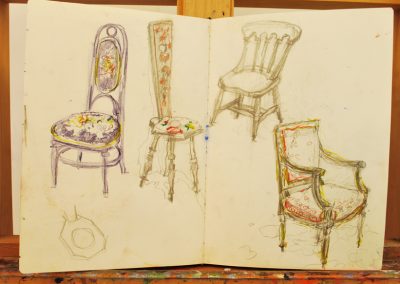 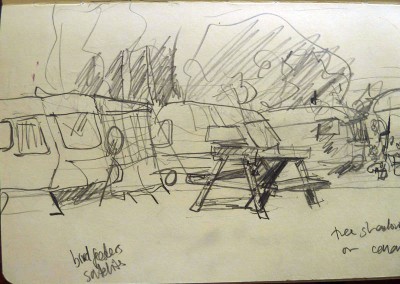 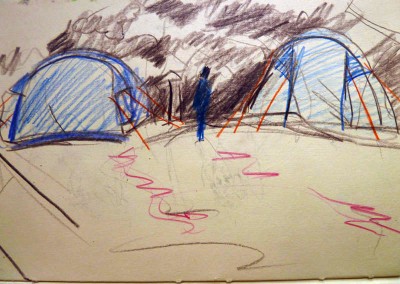 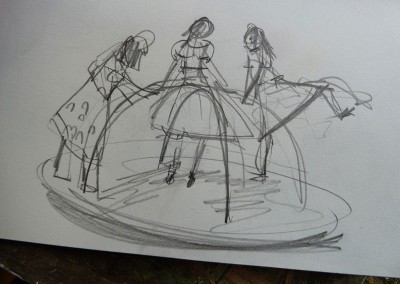 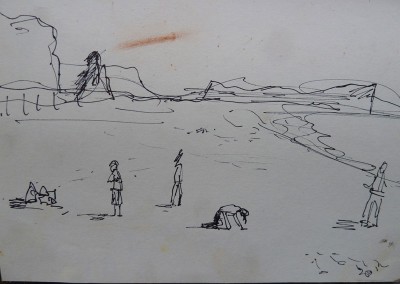 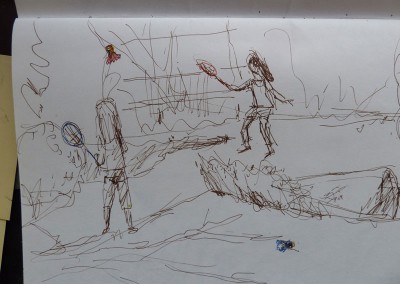 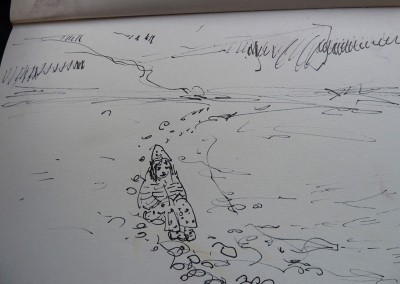 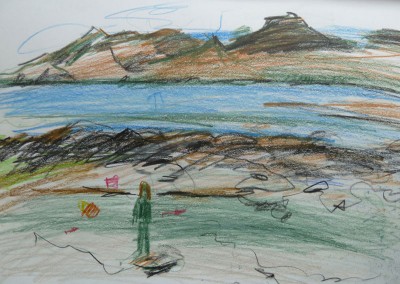 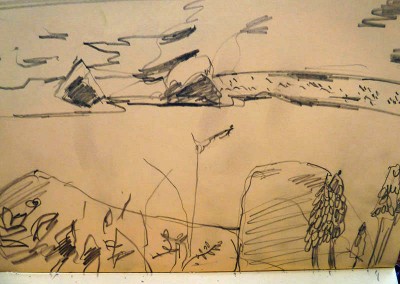 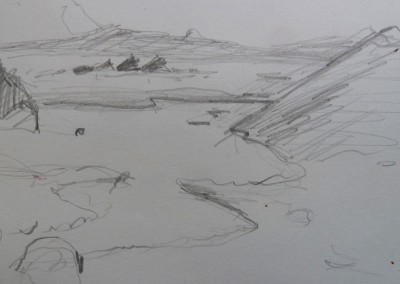 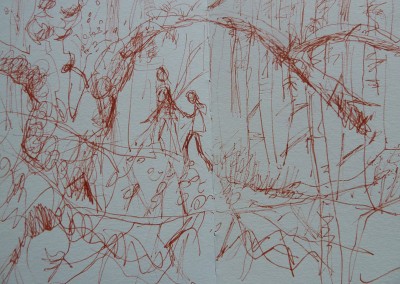 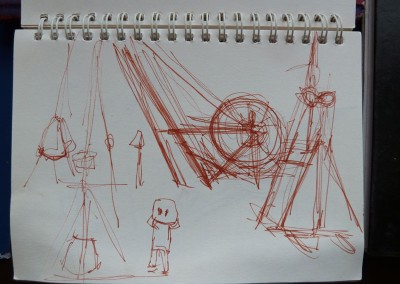 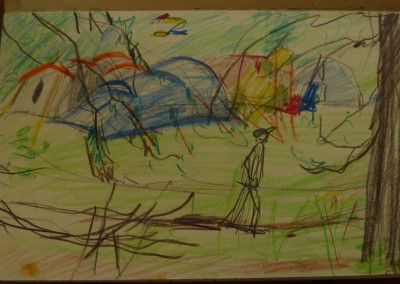 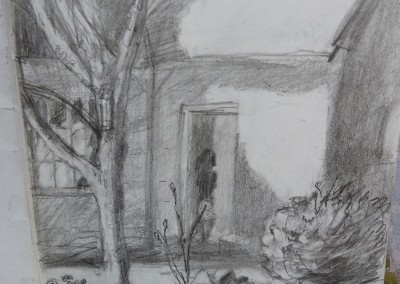 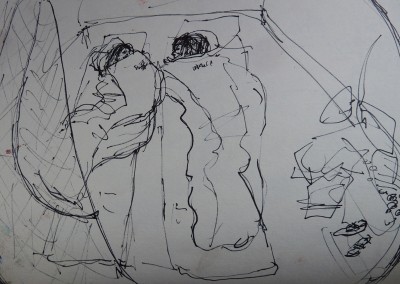